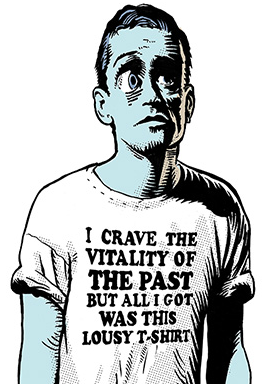 Every human being is, to some degree, an unreliable narrator. When we tell our stories to others, and even when we tell our stories to ourselves, we create our own version of events and of our lives as a whole. We don‘t necessarily mean to deceive. But we can see and understand our experiences only from our own viewpoint—a shifting viewpoint at that. Facing the truth is a messy business. It involves denial, and pride, and the fact that understanding takes time; it relies on perspective (or lack of it), and the pesky fact that we can only face the truth we can stand to face at any given moment.

The workshop will give an introduction to the literary concept of the unreliable narrator and how it can be used as a device within film, poetry, and performance to reveal the stories beyond the words. We will be looking at some popular examples in film and literature, discussing texts, and do 3 short writing exercises ourselves with discussions after.

Patrick Goddard is an artist and writer working in London. Completing an MFA at Goldsmiths University in 2011, he is currently studying for a doctorate at Oxford University, in Fine Art practice.

Creating videos, graphic novels, performance, installation and drawings; Patrick’s politically loaded and narrative based works undermine themselves with a self-defeating black comedy. Works focus on a range of topics: between gentrification, post industrialisation, anarcho-individualism, class politics and the wider idea of the creative class and its impact on the modern city.
Inverting the position of the aloof cultural critic, the works wrestle with the complexities of commitment and the artist’s own fumbled attempt to create a personal and political integrity.