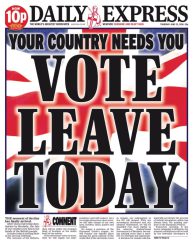 What is  the nature of the current historical conjuncture? Does Brexit mark the limit point of the the 30-year phase of neoliberal hegemony, or a new intensification of the long dominance of the Right? Or Both?

This seminar will be the latest occasional instalment in the ‘Culture, Power and Politics‘ series, bringing together many of the conceptual themes discussed over the past year to understand what is happening to British politics, society and culture at the end of a tumultuous year.

In the 1970s the politics of the New Right created an unlikely fusion between anti-state individualism and authoritarian social conservatisim.  Today, the contradictory effects of these agendas have driven the country to breaking point. The UK is falling apart, as England votes for Brexit while the rest of the country, including London, looks on aghast and wonders if there is a way out. A 40-year campaign of misinformation by the popular press has carried our political culture into the age of ‘post-truth politics’ . The inability of the technocratic elite to manage post-democratic societies has been brutally revealed by Brexit. How did we get here and where are we going?

This is followed on Thursday by:

The End Of Neoliberalism