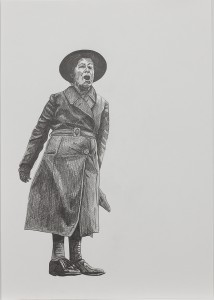 The main focus of the workshop will be to open up the idea of what artists research can be, approaching it as a form of role play; an ongoing performance where methods borrowed from academic fields such as anthropology (interviews, participant observation and so on), sit alongside experimental ways of living, and other more irrational approaches to knowledge production.

We will be exploring research methods from a wide range of historical sources, with an emphasis on the social as material, including the idea of artist as ethnographer (as described by art historian Hal Foster) and Mass Observation, a surrealist social science project initiated in England in 1937. The original aim of Mass Observation was to create an ‘anthropology of ourselves’ by conducting dream surveys, as well as mapping the conditions and opinions of the British public on a wide variety of topics including work, religion and popular culture. We will also be looking at attempts by artists such as Alan Kaprow in the 1960s to break down the boundary between art and life, and the manner in which feminist artists in the 1970s approached every day life and ‘womens work’ as subject matter.

This workshop is free but please e-mail to reserve your place.