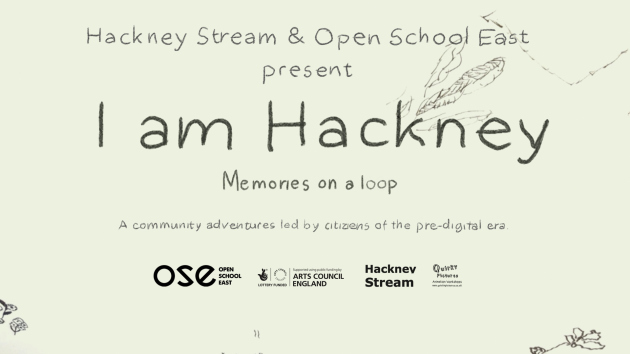 A animated portrayal of the over-55 community in Hackney at Open East School. Participants will create self portraits through the use of animation, and will give a glimpse of who they are and what Hackney means for them. A short 60/120-seconds film will be produced, using animation to portray a snippet of Hackney. This is the much anticipated sequel to the Hackney Stream photography project earlier this year. It is free for older Hackney residents. The tutor will be Kim Noce.

Important information for people who would like to join this project: this is not a digital project. You will not be using digital video cameras, computers or software. It is much more interesting than that. You will learn about animated film by actively participating in this short production by a well-known animation professional. The maximum number of learners will be ten.

Please check that you will be able to attend all of those sessions before you enrol.

“Kim Noce is an artist with a MA in Animation from the National Film and Television School, and a BA in Fine Art from BRERA Milano. Commissions include broadcasters BBC and Channel 4; theatre production for Warner Bros & Weinstein Co, and art work for TATE, National Portrait Gallery and the Barbican.

Her films and animations have been shown in festivals and galleries across the world. Her work has won many awards, including nominations for BAFTA and Royal Television Society Award.”