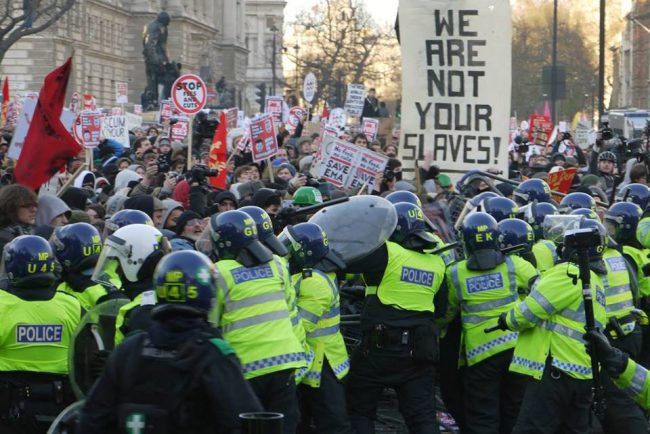 Join an interactive discussion on what’s wrong with Britain, and what we can do about it. Across the globe, the rich, the white and the middle aged have used the financial crisis of 2008 to strengthen their power at the expense of the powerless and the planet itself. In post-Brexit Britain, racist and right-wing forces are on the rise – but this also a time of opportunity to change the old order.

Our awesome lineup of activists and writers will be putting forward their view of the state we’re in, to get the discussion going:

This is the first session of Demand the Impossible 2016 – a free evening course for young people about political ideas and activism at Open School East. This event is open to everyone, but if you want to get more involved see globaljustice.org.uk/demand-impossible or email demandimpossible2016@gmail.com.