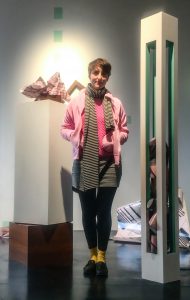 Chloe Ashley is an artist who works with analogue photography. Her practice is invested in process, exploring photography’s materiality and questioning the photographic medium. At the core of the work is a continuous investigation of the familiar’s transformation towards the unfamiliar, which is driven by a response to site. Recent projects include ‘The Building as Material’, The New Art Gallery Walsall (2016), ‘ESP Production Residency I’, Eastside Projects, Birmingham (2016) ‘ebc010’, east bristol contemporary, Bristol (2016).
http://chloe-ashley.co.uk/ 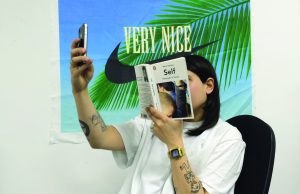 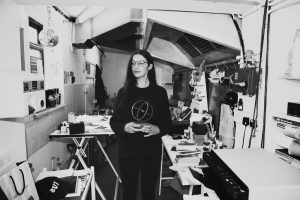 Emma Gibson (b. 1980, UK) works primarily in installation. Investigations into how each of us constructs our own reality and the bigger questions about what’s real versus what’s true are constantly moving goal posts in her multimedia work. A broad range of research influences her practice, including science and science fiction as well as literature and culture.
http://www.egibson.co.uk/ 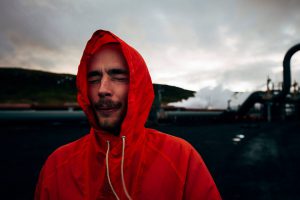 George Harding makes work that explores and documents various engagements in and with active architectural spaces – creating sculptural, image-based and video works influenced by the iconography they support. George regularly shifts between self-initiated experiments with materials and broader collaborative projects and workshops that look to alter the lens in which a space, its framework and the ritualistic exchanges that occur within are experienced – often assimilating himself, his collaborators and the viewer during the production of work. 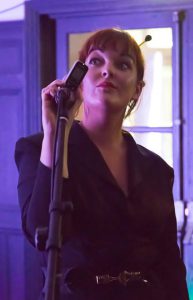 Jessica Jordan-Wrench co-directs .dash, alongside freelance work as a curator, creative producer and lecturer in live events. She makes noisy performance, cross pollinating theatre with DIY music, installation and experimental writing. Her work is informed by an eagerness to engage and interact, both with an audience and collaborators. Jessica is interested in the interplay between “high” art and DIY culture. She is keen to interrogate immediacy in live art, looking specifically at modes of spectatorship within disparate physical and cultural settings and the effect it has on the “liveness” of a performance.
www.dashtheatre.co.uk 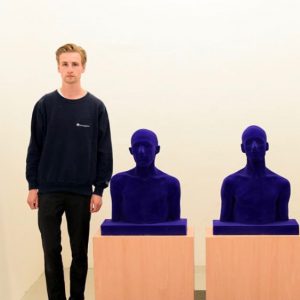 Kris Lock’s work principally consists of CGI animation, painting and sculpture. He has recently been investigating the politics of representation, through the curation of a growing assemblage of carefully selected objects. Investment in technological processes and collaborative practice has lead to an interest in facilitating and shaping decentralised modes of production; this is something that he would like to further explore whilst at OSE.
krislock.net 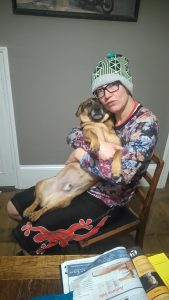 Jo Murray is interested in visual forms of communication that express different ideas simultaneously. Her work could be described as immediate and naive. The ‘here and now’, the ‘what I know’, the ‘unreliability of memory’, the ‘meeting point of fact and fiction’, and the ‘many truths of the one reality’ are all concepts that interest her and inform her work. During her time at OSE in Margate she hopes to explore and excavate some of the stories that reside there. 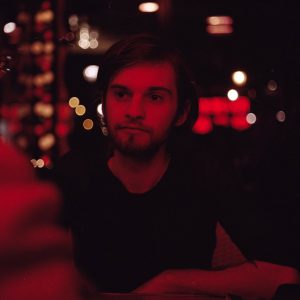 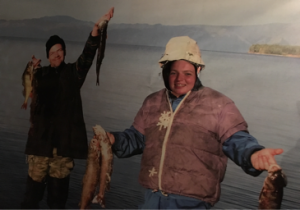 Josephine Sweeney is an artist from Glasgow. Her work attempts to explore abstract dynamics between seemingly distant things in order to grasp how the world fits together, how material stuff, social structures and liquid concepts run into one another. Sculpture, performance and film provide a tangible language through which to discuss such interconnections. These mediums also provide a platform from which to establish socially active and outward facing ways of working. Currently, particular interests include astronomy, GPS, water fountains and libraries. During her time at OSE she plans to investigate what collective construction and ownership of objects can facilitate.
www.josweeney.co.uk 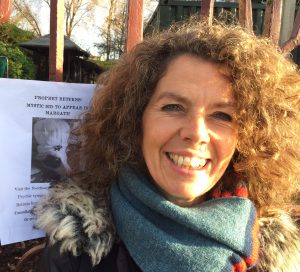 Sara Trillo works primarily with painting, responding to the industrial heritage of her studio environment to create works on paper and found materials. Recently she has also developed social engagement projects, investigating making an exchange of ideas, artwork and food with members of the public by taking on guises that include working with a mobile tea trolley, as a museum newspaper editor, and being the human voice of canine fortune teller Mystic Sid. At OSE she hopes to explore strategies for fusing these two components of her practice and expanding the collaborative possibilities of her output. 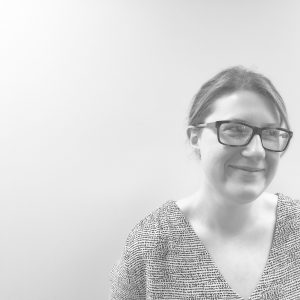 Emily Whitebread works across media ranging from performance and video work to written publications. She investigates, breaks down and reimagines utopian futures as proposed by architects, social policy makers, technologists and scientists. Collaborating with diverse groups, from acrobats to physicists, is for Whitebread a method to propel unexpected narratives. The resulting work is often a playful proposition or perspective on the world, drawn from diverse sources. www.emilywhitebread.co.uk 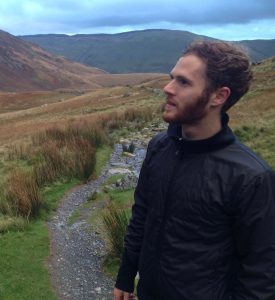 Much of Jacob P Woods’ recent work has been in the form of micro expeditions, combining elements of adventure, embodied learning and immersive participation. His practice is largely collaborative; often working with navigators, educators, athletes and community groups. The expeditions and educational practices have similar areas of inquiry, such as perceiving place and knowledge through multiple threads and perspectives, as well as the study and experience of ecologies and sensation. His other work includes a contemporary performance and writing practice with a specific interest in the devising and editing processes of performance and film.
www.gohappen.co.uk
www.therestofwinter.com