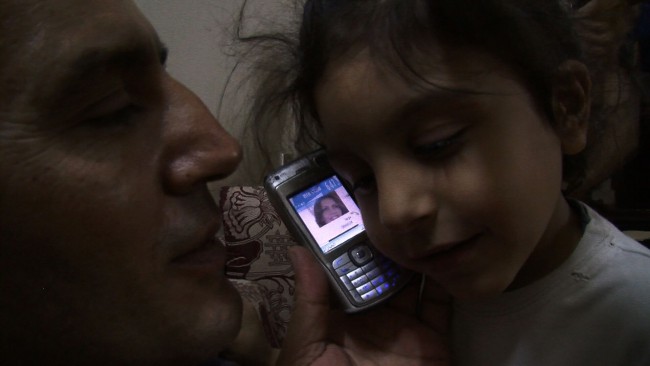 Comrades and lovers Amer and Raghda met in a Syrian prison cell 15 years ago. When McAllister first meets their family in 2009, Raghda is back in prison leaving Amer to look after their 4 boys alone; but as the ‘Arab Spring’ sweeps the region, the family’s fate shifts irrevocably. Filmed over 5 years, the film charts their incredible odyssey to political freedom. For Raghda and Amer, it is a journey of hope, dreams and despair: for the revolution, their homeland and each other.

Known for his unique and intimate portraits, maverick director Sean McAllister (Liberace of Baghdad) received the Grand Jury prize at this year’s Sheffield Documentary Festival for this “Bergmanesque portrait of a relationship and love”.