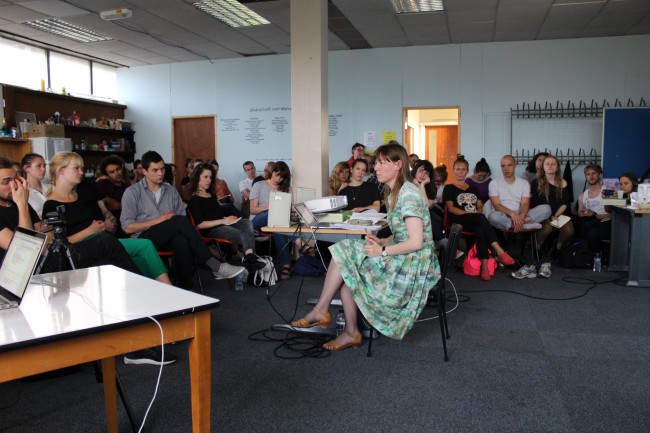 As part of the Bad Vibes Club, Sally O’Reilly talked about ambiguity, placing it in a historical ground of modernity and then considering its deployment in 20th century linguistics, literature and art, as well as its notable use in management strategy, political rhetoric and the constitution of hyperobjects.

Writer Sally O’Reilly publishes and distributes text in conventional and expanded forms, from art magazines to performance lectures to opera. Her diverse subject matter spans such abstractions as rhetoric and ambiguity, as well as more concrete phenomena such as noses, the history of technology and shopping receipts. This apparently erratic practice is a means to conduct a more thoroughgoing investigation into how knowledge is generated, circulated and expressed.